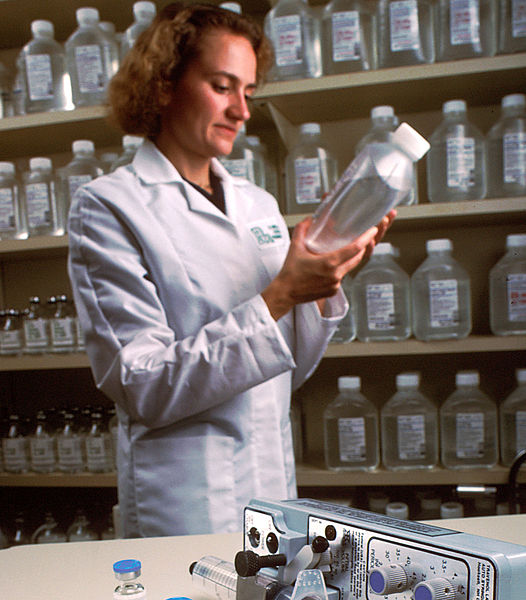 Pharmacy technicians play a valuable role in helping ensure a pharmacy’s operations run successfully and efficiently and make the life of a pharmacist so much easier.

The Pharmacy Technician Certification Board (PTCB) encourages pharmacy techs to embrace another important role during the course of their day in its recent news article “Pharmacy Technicians Can Be Leaders In Pharmacy Crime Preparedness” (June 3, 2013). Since pharmacy technicians are often the first staff members to interact with customers, they are the most likely to witness possible incidents of theft, “drug diversion” (obtaining and using drugs for recreational purposes) and other crimes, states the PTCB.

Are Robberies or Theft Really a Concern?

According to the United States Drug Enforcement Agency, armed robberies of pharmacies across the United States increased by 81%–this equates to a rise from 706,000 to 1.3 million stolen pills. This staggering jump in theft speaks to a potential rise of people addicted to, abusing or dealing pharmaceuticals, such as painkillers.

Ann Latner, for a January 28, 2013 Drug Store News article (“Crime story: Detecting and preventing drug diversion”), interviewed the president of the National Association of Drug Diversion Investigators, John Burke. Burke described several clues that might suggest drug diversion.  For example, pharmacy technicians may be able to identify “doctor shoppers” if they notice the same customer bringing in prescriptions for the same medications but from multiple doctors.

Pharmacy technicians can detect possible prescription forgery if something on the script seems unconventional. “For example, a physician who normally doesn’t write prescriptions for opioids suddenly appears to be writing a large number of them — this could indicate a stolen prescription pad,” reported Latner. “Other tip-offs that a prescription may be altered or forged include unusual quantities of medication, unusual directions, no abbreviations, apparent erasures, unusual legibility and signs of photocopying.” If a pharmacy technician has any concerns about a possible forged prescription, they should immediately consult with the pharmacist.

What Can Pharmacy Technicians Do?

The PTCB encourages pharmacy technicians to “take the lead to create action plans” for their pharmacy (if there is no such plan already in place); the plan should outline each team member’s role in dealing with the range of potential criminal activities applicable to their work environment, from forgery to armed robbery.

A wonderful tool, says the PTCB, is RxPATROL, an online resource that offers training videos, a security checklist for pharmacies and an incident database. Pharmacies can report any criminal incidents, which are added to the database. The incident reports are analyzed and shared with law enforcement agencies and registered pharmacies in order to prevent future occurrences; they have also helped catch suspects attempting to re-offend at another pharmacy.

While pharmacy technicians play an integral role in their pharmacy’s crime preparedness, they should never put their own lives at risk. If faced with an armed robber, for example, cooperate with them by giving them what they demand, says Burke. If calling the police puts you in danger, wait until the suspect has left the store. If you can, make a mental note of any distinguishing features, such as tattoos, height, eye and hair color, clothing, etc.

Next: This Day in History